The basin consisting of Brahmani and Baitarni extends over states of Odisha, Jharkhand and Chhattisgarh .

Boundary of the river

The basin is bounded by the

The Brahmani  basin has a long sausage shape.

The Brahmani, known as South Koel in its upper reaches, rises near Nagri village in Ranchi district of Jharkhand. 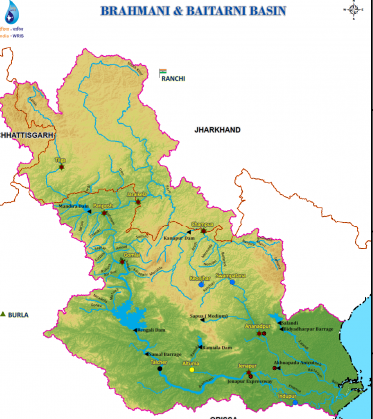