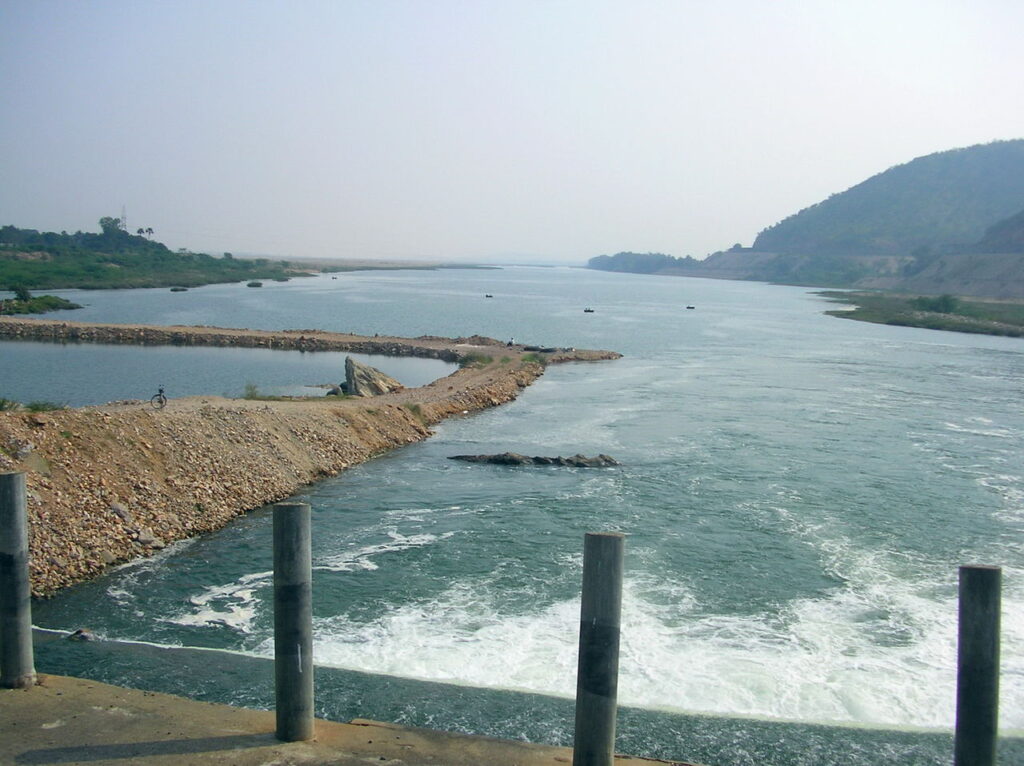 It lies over the state Karnataka and Andhra Pradesh

The basin is fan shaped.

The river  basin is bounded by

The Pennar rises in the Chenna Kasava hill of the Nandidurg range, in Chikkaballapura district of Karnataka and flows towards east eventually draining into the Bay of Bengal. 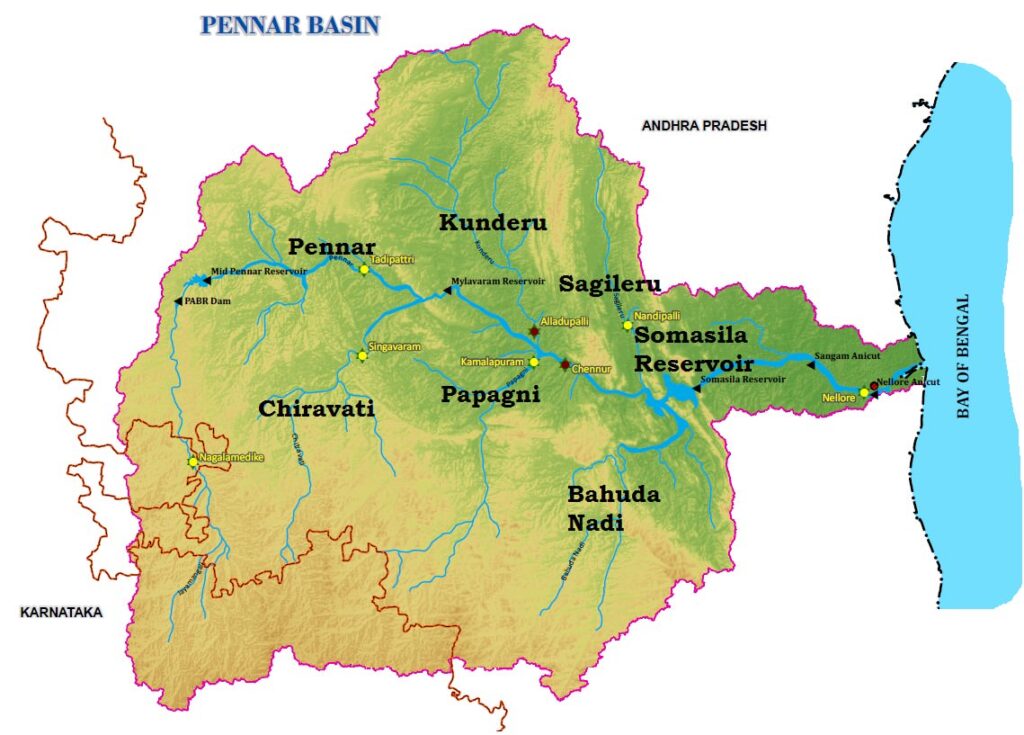