# The United Nations Conventions On The Law Of The Sea lays down a comprehensive regime of law and order in the world’s oceans and seas establishing rules governing all uses of the oceans and their resources.

# It gives the notion that all problems of ocean space are interrelated and need to be addressed as a whole.

The Convention And Ratification :

#  The Convention was opened for signature on 10 December 1982 in Montego Bay, Jamaica.

# The UNCLOS Convention embodied in one instrument traditional rules for the uses of the oceans and at the same time introduced new legal concepts and regimes and addressed new concerns.

# UNCLOS came into force in 1994; a year after Guyana became the 60th nation to ratify the treaty. As of June 2016, 167 countries and the European Union have joined in the Convention.

# Today, it is the globally recognized regime dealing with all matters relating to the law of the sea.

# Although the United States now recognizes the UNCLOS as a codification of customary international law, it has not ratified it.

Some Features Of UNCLOS :

# Coastal States can exercise  their sovereignty over  territorial sea.

# Coastal States have the right to establish its breadth up to a limit not to exceed 12 nautical miles.

# Foreign vessels are allowed “innocent passage” through those waters -Freedom Of Passage through sea water.

# Coastal States have their  sovereign rights in a 200-nautical mile Exclusive Economic Zone (EEZ) with respect to natural resources and certain economic activities.

# Coastal States have their  sovereign rights in a 200-nautical mile and exercise jurisdiction over marine science research and environmental protection.

# Coastal States have sovereign rights over the continental shelf  for exploring and exploiting it. 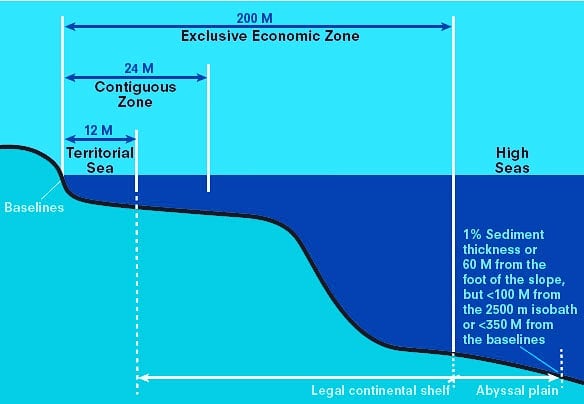 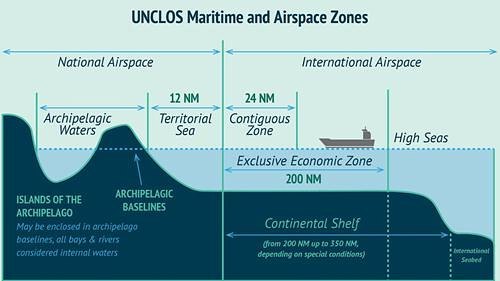 # All States have freedom of navigation and over flight in the EEZ, as well as freedom to lay submarine cables and pipelines.

# All States enjoy the traditional freedoms of navigation, scientific research and fishing on the high seas.

#  Land-locked States have the right of access to and from the sea and enjoy freedom of transit through the territory of transit States.

#Disputes can be submitted to the International Tribunal for the Law of the Sea established under the Convention, to the International Court of Justice, or to arbitration. Conciliation is also available and, in certain circumstances, submission to it would be compulsory. The Tribunal has exclusive jurisdiction over deep seabed mining disputes. 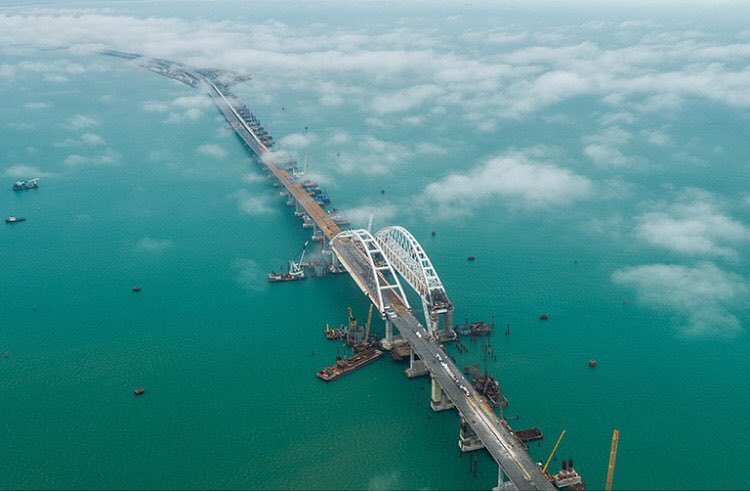 The United Nations Conventions On The Law Of The Sea UNCLOS