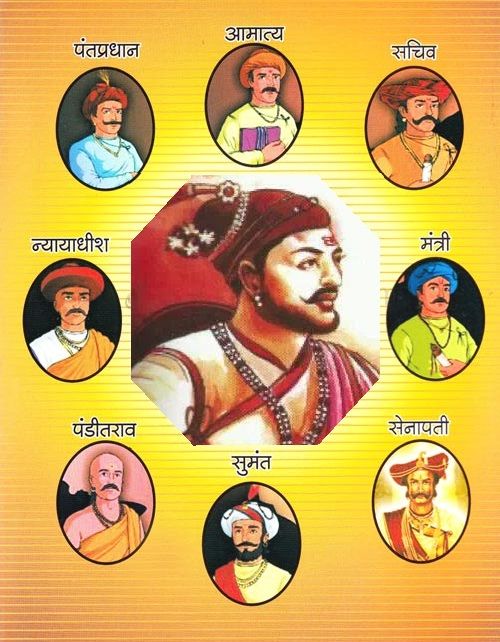 With the exception of the Nyayadhish and Pandit Rao, all the other ministers were to command armies and lead expeditions. All royal letters, charters and treaties had to get the seal of the King and the Peshwa and the endorsement of the four ministers other than the Danadyksha, Nyayadhisha and Senapati. There were eighteen departments under the charge of the various ministers.

Other sources of revenue were Chauth and Sardeshmukhi.

The Chauth was divided into

When the Maratha government was in financial difficulty, it levied on all land-holders, Kurja-Patti or Tasti-Patti, a tax equal to one year’s income of the tax-payer.

The administration of justice also earned some income. A fee of 25% was charged on money bonds. Fines were collected from persons suspected or found guilty of adultery. Brahmins were exempted from duty on things imported for their own use.